The beautiful thing about having spent my parenting years as a home educator is that I have been afforded a more rich and deep education in these past fourteen years than the nineteen years of “education” I received at the hands the “public” school system and state funded universities.

Since I use the Charlotte Mason method, my son has had a tremendous amount of American history throughout his 8 years in homeschool.

We’ve covered more American history in his elementary school years than I ever received in my entire time in the public school system.

Even the additional 7 years and $100,000 I spent on my post secondary education didn’t teach me the importance of American history. I believe the Lord is using the Home Education movement to wake up a whole new generation of Americans.

Home Education Introduces You To Many Heroes

Today, we began reading a fascinating book given to me by a sister in Christ at church, “We Hold These Truths” by Lawrence Patton Mcdonald. The back cover of the books states,

“Lawrence Patton McDonald, (1935-1983) was a fearless United States Congressman who represented the Seventh District of Georgia in the United States House of Representatives from 1975 until he was murdered along with the 268 other passengers (including 61 Americans) on Korean Air Lines flight 007. It was downed BY SOVIET AIR TO AIR MISSILES over the Sea of Japan on September 1, 1983”

Here was a man, an American, a Democrat, and a true Patriot who understood what we were given by our founders and who very likely lost his life in fighting for it.

Let me share what he had to say about our Constitution and our freedoms,

“I have heard Americans say they cannot imagine living under the kind of federal government the Constitution established in 1789. It was limited to defending us against foreign aggressions and against a few specific kinds of aggressions at home; and it could collect enough sales tax on things we bought to pay the tiny cost of its own operations in protecting us. Otherwise, it was so restricted that it could do nothing for us, except keep its tax collector’s hands out of our pockets, stay out of our affairs, and leave us alone to sink or swim, survive or perish, on our own. If we had any problems we wanted government to help solve, we could only appeal to our local or state governments, because there were no grants available to us from Washington.
It was different, not only from what we hae now but from any other governmental system that ever was. But we can look into the pages of history and see how well it worked: It left Americans so much freedom to manage their own lives that they quickly developed ther portion of the backward, underdeveloped western hemisphere. They astonished the world with their unparalleled accomplishments.
When our federal government was being formed and began operating an industrial revolution caused sudden upheavals in the economic and social order, both in Europe and America. Europeans accepted the socialist ideal that only an all-powerful government (regulating, managing, and subsidizing private affairs) could save the people from whatever bad conditions the new industrialism would produce. As a consequence of this dependence on government, Europe sank into poverty and tyranny.
American adhered rather closely to the free market ideal that people should remain free to find their own solutions for economic problems, whether caused by industry or nature. The force of government would be used, if deemed necessary, only at the local level, under local control, to meet local needs. And as a result, America became a new promised land.
We later Americans have all but forfeited the great charter of liberty that made possible the miracle of America.
It still exists for us to examine. If we still like it, we can reestablish it. Doing that will require as much persistence and dedication and plain hard work on our part as was required of the eighteenth-century gentlemen who created it. It will require as much labor to regain it as it did to create it, but thankfully no more.”

What can You Do? You Are Only One Person.

Perhaps you are tempted to throw up your hands and say, “Whatever will be will be, I can’t do anything. I’m only one person.”

Maybe as a Christian, you feel that God is Sovereign, so what can you do to change the course of human history.

I, too, believe that God is Sovereign.

I, too, believe that God chooses who our leaders will be.

I, too, believe that we are limited in our power.

But, I also know we serve a great God who is more powerful than all the evil in the world combined.

History, and indeed, the Scripture is replete with men and women who knew of God’s Sovereignty and rather than let it lead them to a fatalistic throwing up of their hands, it lead them to do what was right when all others opposed them.

Each of us will have a different role in what we believe our calling is in the days ahead as a nation, but I don’t believe we are called to quit.

What Steps Can You Take, Today?

Where to Start Learning

We will be alternating “We Hold These Truths“ by McDonald with Francis Schaeffer’s “How Should We Then Live?: The Rise and Decline of Western Thought and Culture”. Both of these men have much to teach us about history, service, and liberty.

It often feels as though we are too late to the game to turn things around. Perhaps we are, but I still believe that we have a duty as Christians and citizens of a free society to educate ourselves, our prodigy, and anyone who will listen with the TRUTH.

Freedom in Christ means that no matter what the government, we are free indeed. And as long as we have access to the resources, we should start with learning, memorizing, and growing as Christians and productive citizens.

Here are a few places to find inspiration and know what the needs are in our country.

Peter Marshall, Sr. was a Scottish-American Presbyterian minister in Washington D.C. and United States Senate Chaplain in the 1940’s. He had a profound understanding of what America was in danger of losing and in this prayer, he echos my heart.

“Give to us clear vision that we may know where to stand and what to stand for, because unless we stand for something, we shall fall for anything.May we think of freedom, not as the right to do as we please, but as the opportunity to do what is right.” 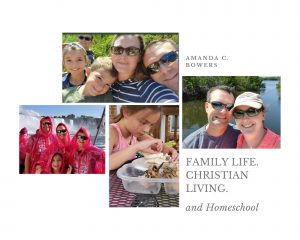 Help spread the word. You're awesome for doing it!